This quote is found in the last chapter of the book, written by David Lincicum, and it encapsulates, in my view, the main question that this book tries to answer: by holding a gun and making yourself capable of killing another human being instantaneously, are you being transformed into the kind of person Jesus’ ministry intended? The book’s answer, of course, is no, because the cross, not the gun, is the object that transforms us into the kind of person Jesus’ ministry intended. Many of the chapters pose this contrast, in one way or another, between the gun and the cross, putting American gun culture as anything but Christian.

Chris Hays and Carly Crouch present us with devastating data on gun violence in the Introduction. Even if such statics are appalling on their own, they become even worst throughout the book when they receive cultural and theological meaning. The basis of this meaning in the US is the symbiosis between American freedoms and Christianity, as demonstrated in the second part of the Introduction, by Chris Hays.

In the first chapter, Brent Strawn showcases the best integration between theoretical method and biblical interpretation in the book. He uses the psychological concept of projection—attributing to other people our own feelings, impulses and thoughts—to interpret the book of Joshua and its reception. Strawn speaks of projection within the biblical text, in how it depicts Canaanites as wicked people to justify Israel’s brutal military action. But he also shows how violence is projected onto the biblical text by later readers, especially by ignoring how biblical traditions, from Old and New Testaments, are diverse in relation to violence. Strawn’s final suggestion is that we read Joshua from a positive projection, one that sees it as a narrative that liberates readers from repeating its heroism, because it has accomplished what intended.

Yolanda Norton offers a touching perspective, in Chapter 2, on gun violence, mortality rates of young Black men, and the power of a mother’s lament to accomplish justice. She starts with the narrative of 2 Samuel 21 on David’s murder of Saul’s descendents, including the two sons of Rizpah, in an attempt to end a famine. Norton shows how this action is based on the idea of bloodguilt as a way to end the famine. But the famine does not end by such action. The silent and resistant protest of Rizpah, standing by her sons’ dead bodies, calls out the shortcomings of David’s attempt. Only after David honors Rizpah’s witness and her sons’ bodies, by giving them a proper burial, the famine finally ends.  For Norton, this narrative illuminates how American society treats Black blood as criminal and guilty, shed to purge and maintain the myth of equal justice for all. Black mothers, however, keep their prophetic lament for justice while American society only pays attention and mourn the death of White people.

Even if gun owners are nearly twice as likely to be murdered as people who own no guns, gun ownership is still justified as a means of self-protection. Chris Hays argues against the core of this logic when he touches on the issue of fear in Chapter 3. His point of departure is Isaiah 22, where the prophet condemns king Hezekiah for trusting in weapons as the means of securing Jerusalem, instead of trusting in her Creator. Hezekiah’s plans of “self-defense” against Assyria were short-sighted and exclusive of many people, especially the poor, in Judah’s kingdom. Hays says that Hezekiah’s strategy violated the principle of divine justice (p. 66). So much so that the responsibility for the fall of Jerusalem, later in history, is attributed to Hezekiah in Isaiah 39. Hays is right to say that fear drives gun ideology and, like false idols, “they make promises of safety and security that they cannot keep” (p. 70).

T. M. Lemos offers a very insightful study of weaponry and ideals of masculinity as domination personhood, in Chapter 4. From the ancient Near East’s imagery of the bow, to the gun in America, weapons are symbols of military prowess and sexual potency. Lemos offers one of the most interesting cultural meanings of weapons when considering animal hunting with weapons. She shows how the bow in the ancient Near East and the gun in America are means to animalize the victims of these weapons. The gospel, according to Lemos, refuses to define human identity on the basis of violence; rather, it creates an identity based on weakness, just as God himself indentifies with the weak.

In a very honest study, in Chapter 5, Shelly Matthews considers how we should approach the use of violence in the New Testament. Showing that Jesus’ speeches concerning the use of the sword (Lk 22:35–38, 49–51) are quite ambiguous, and how each side of the debate deal differently with different texts, Matthews compares the contemporary debate with nineteenth-century use of the Bible in America’s debate over slavery. From a feminist perspective, Matthews acknowledges the Bible as double-edged, “containing both words that can harm and words that can inspire, heal, and save” (p. 94). More than pick and choose, Matthews argues, an interpreter committed to justice and liberation must give different meanings to texts that can harm. She exemplifies her hermeneutics by combining Jesus’ sayings on new family arrangements (Matt 10:35; 23:8–10; Mk 10:29; Lk 14:26) to interpret the household codes or “the castle doctrine”, as she calls it, in the New Testament as a check of male authority who should be transformed from paterfamilias to brother.

In the last chapter of the book, David Lincicum answers the provocative question: can a Christian own a gun? His negative answer to this question is not surprising. However, his answer comes from an interesting perspective. He considers unique possibilities that a gun gives for its owner and contrasts those possibilities with the person’s role in the world from the perspective of the New Testament. I can summarize Lincicum’s 8-points answer with the following: a gun makes it possible for its owner to kill another person instantly, but the example of Jesus’ and Paul’s teaching are a call to be a bodily witness of the powerless power of nonviolent love to a violent world. As a conclusion, Lincicum speaks of gun ownership as identity formation in opposition to the Christian identity formation. He uses the gun and the cross as the organizing symbol of each identity and asserts that changing the cross for a gun in Christian identity is to “substitute a symbol of retaliation for evil for a symbol of nonretaliation for evil” (p. 127).

Chris Hays and Carly Crouch offer a final thought in the Afterword which aligns very well with one of Lincicum’s powerful assertions at the end of his contribution:

The gun is a temptation to become a kind of powerful self, with the capacity to kill instantaneously. This is an arrogation of power that the New Testament’s witness does not support

I would like to conclude this review highlighting what I think is the most important contribution that this edited volume has to offer in the conversation between Christian faith, society and culture in general, and gun ownership in particular. Norton’s and Matthews’ chapters, which offer important perspectives on their own, are a little bit at odds with the other chapters. Strawn, Hays, Lemos and Lincicum offer very meaningful resources to think about biblical ethics as they do not see gun ownership as one discrete matter of ethics. Rather, they all touch on matters of culture, identity and personhood in one way or another. This is definitely on point when it comes to a phenomenon that has long defined American culture, even as part of its Christian identity. These authors offer a contrast and an alternative to this culture and identity that is more aligned to the foundations of the Christian faith and ethos, and serve not only as a response to gun ownership culture and identity, but to many other ethical matters Christians deal today. They truly lay a good ground for any Christian conversation about what it means to live faithfully to our Christian personhood rooted in Christ’s identity.

Caio Peres is an independent researcher and missionary in Brazil, his home country, with his wife and two children. He holds a MA in Theology and Religious Studies from the Vrije Universiteit Amsterdam.

As always, guest blogs are invited to stimulate comment and discussion and do not necessarily reflect the views of the CSBV 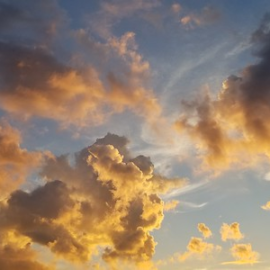 One Greater than Solomon is Here: a sermon for ascension day 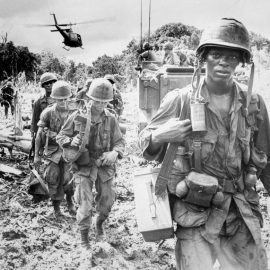 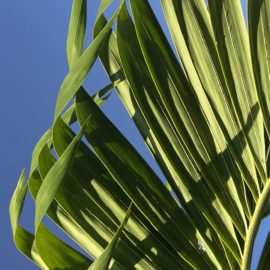 “The things that make for peace”. A reflection for Palm Sunday