It has now been over six months since the release of Texts After Terror: Rape, Sexual Violence, and the Hebrew Bible by Rhiannon Graybill, and about five months since I have finished reading the book, and I am still quite enchanted, thinking with these words in most everything I do. I hope, also, that I can adequately show you why that is.

Texts After Terror begins with a rousing introduction, in a way that pulled the rug from out underneath me, unveiling all of the dust bunnies I had shoved underneath, or rather, ignored. She challenges some feminist commentators with the clear lines that are typically drawn pertaining to rape, sexual violence, and of course other fuzzy, messy, and icky things. The tactile adjectives as descriptors for what is difficult to be described poignantly aid in acting as a guide forward. Fuzzy can be regarded as something that struggles to find an exact categorization of “what happened?”; Messy finds itself moreso in the aftermath, where resolution eludes; and Icky is what is created somewhere in the mix of the two words previously mentioned, something more creepy, disgusting, and even shameful [pp11-16]. In my own words that I use in writing about trauma in both text and life, Graybill shows us how we can not and should not attempt to pin down that which is gelatin. Instead, we should let the object define itself beyond the categories we have normally deemed them and recognize the ways in which we project our own affects on to those testimonies as ultimate and final. There is too much fluidity, the “complex grey areas,” [p13] and too many differing and difficult variables in grappling with what we should not, but have to, grapple with. The very terms fuzzy, messy, and icky, all depict within themselves the multitude of ways in which they can latch on and take shape circumstantially, contextually, and personally. In a world repugnantly and readily embracing rape culture as normative, and texts both ancient and current that reside in these worlds, Graybill challenges all interpreters that a simple intellectual exercise that allows the work to be finished isn’t allyship. Graybill offers up and demonstrates ways to read these texts of terror that continue through into the after. What she has offered all of us is a way in which we allow texts themselves to breathe, for readers to breathe, for an openness in otherwise horrific stories to be something not more per se, but more than what we have made them to be.

She shows us exactly how she does this herself through a variety of case studies in the Hebrew Bible. First, the stories of Dinah, Tamar, and Lot’s Daughters are traced through some sticky affect, as they all cling to each other in ways that also leave ambiguity in the area of consent. At first, reading this portion made me cringe, my stomach twisting in even considering that there might be grey matter with consent. And yet, Graybill’s well done argument that brings in postcolonial aspects and concerns had me quite convinced by the end. Consent itself is fuzzy, in that, on its own, easily ignores power structures, the affect of discomfort and pressure, the way in which it “runs up against race, sexuality, and other vectors of identity” [p37], and can even further subordination.

Discussing Bathsheba, then, when coming on the heels of a chapter on the inadequacy of consent as a lens alone, opens up this text to further questioning. What, then, is harm? Graybill introduces the concept of peremption as “the way that certain future possibilities, including possible forms of sexuality and being in the world, are peremptorily foreclosed” [p59]. The ways in which Bathsheba is harmed by both reader and inside the reading but should not be only subjugated into a position of victimization either. Whatever the object, they are also subjects. We would do well to treat them as such.

Advocating for something beyond the legal construction that we have applied to texts, intersectionality that becomes a smidgen more relational, Graybill reads not only Hagar and Sarah, but also Ruth and Naomi through a lens that allows for more complexities between people. She quotes Lynne Huffer, suggesting that this openness can make room to “sustain multiple stories” [1], holding all in our interpretive vision, and even, challenging which story, or “whose story” is most dominant in our retelling.

How, then, do we read about and interpret “survivors,” especially if they do not do what we’d like them to do? Daughter Zion as a potential literary persona, survivor voice, has been colonized enough, and not allowed to be imperfect, or gritty, as she is called by Graybill. She shouts her blame, but does not claim innocence; she blames herself and will not talk about what happened, even as we read ahead of the text in ways that we maybe shouldn’t. Thinking about Dr. Karen O’Donnell and Dr. Katie Cross’ post at the Shiloh Project entitled, “Traumatised People are Not Your ‘Mission Field”, allies must do better than the binary categories of victim and survivor, healed and damaged. The very language we use is ableist and damning as we talk over those who have voices.

In a chapter that swirled through my brain as I finished my own dissertation partially on Judges 19, Graybill gives permission to readers to stay, remain, with the unhappiness of the text and ourselves. It is not just this story, but the end of the very book of Judges that ends quite poorly. In a text that is purposefully ambiguous, which I would argue is a feature of trauma, we still do attempt to button up all the loose ends to create meaning to something beyond the pale. But what if we stayed with that ambiguity, “with the trouble” [p21]?[2]

Yet, in all these words, what I wrestled with most in reading was the question of what is the readers’ ethical responsibility to the text in a world depicting the same violence? Even with the many ways Graybill offers a brilliant opportunity to read terrible texts with a new perspective, what then do we say to the reader/survivor who chooses to make these texts avenues for advocacy? Is there a failure in moving into the seemingly already-read, tired places that do choose to view texts that speak still today, even if the character is long dead? Do we reject bearing witness, or is there a way to redefine even that word and action with this lens? Some lines were drawn that seemed to be too stark for a book that nurtures many into a less binary space. And, as true to my own research (or soap box), I do believe a better, more full exploration into trauma and trauma hermeneutics can offer a viable benefit and help in continuing the conversation Graybill begins.

What do we do with so many options, with so many afters? How do we continue to remain open to how text may speak in many voices, sometimes, contradictory ones? Most importantly, will we listen to these new potentials? As Graybill finishes the book, we are the ones alongside her and all of these cracked-open-texts that get to imagine that future. What a difficult, beautiful invitation.

Alexiana Fry is a newly minted PhD in Hebrew Bible/Old Testament from Stellenbosch University, and currently working on a monograph on Speech Act Theory and Trauma.

As always, guest blogs are invited to stimulate comment and discussion and do not necessarily reflect the views of the CSBV 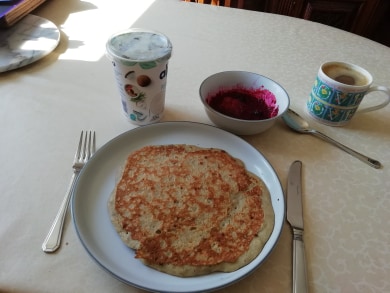 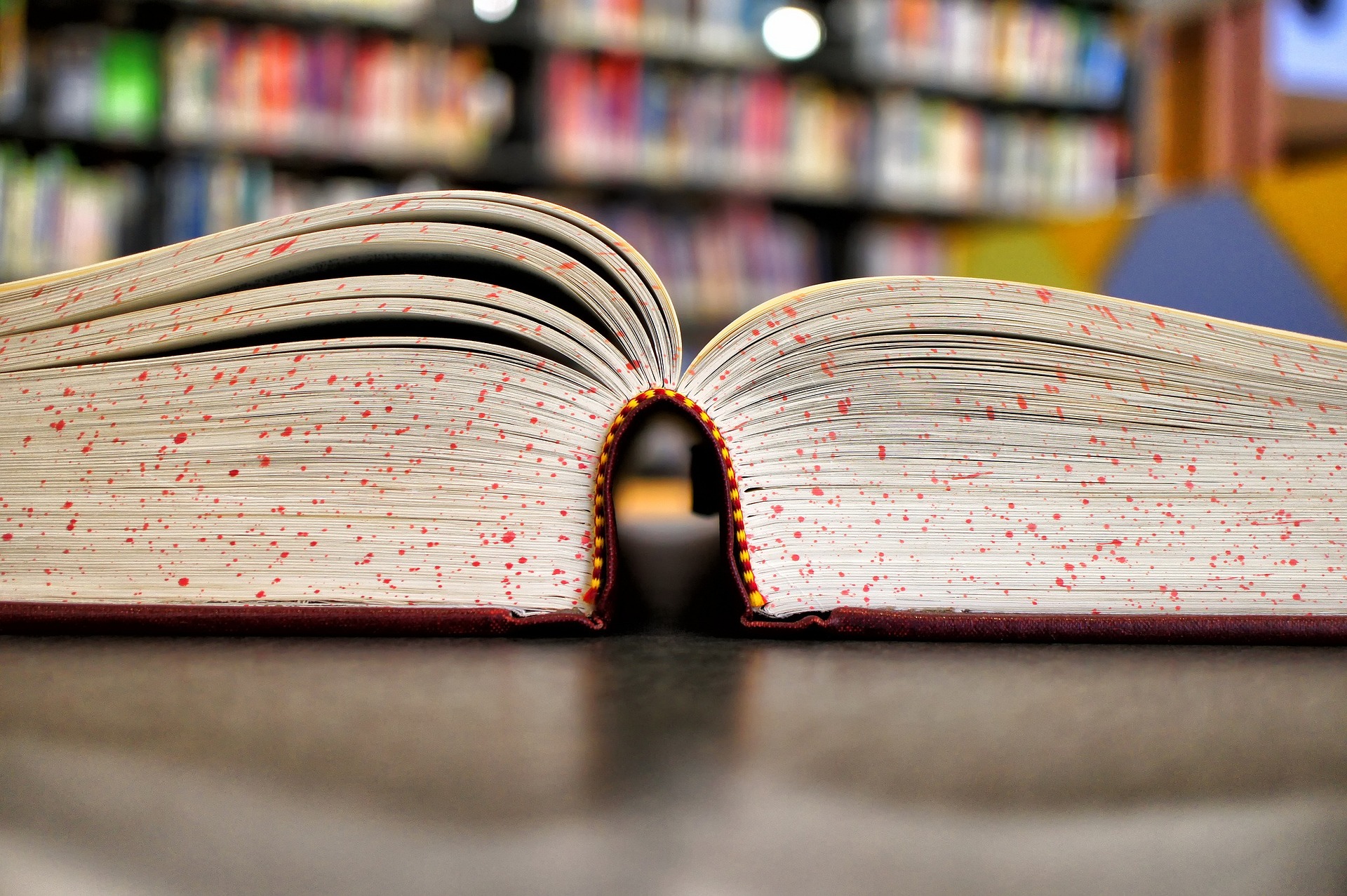 Paying Attention to How We Read 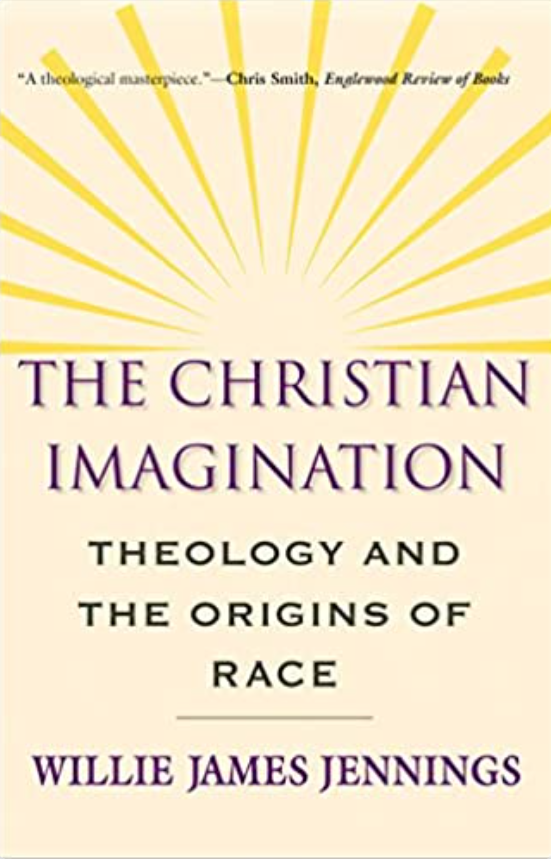 The Christian imagination: Theology and the origins of Race