On March 13 one of the RCL O.T. Readings (Lent 2) is Genesis 15.  CSBV Research Associate Ashley Hibbard invites us to read on to Genesis 16 and to consider the place of Ishmael in the O.T. story and beyond.

The character of the Ishmaelites, or the Bedouins, could not be described more aptly or more powerfully. . . . They have defied the softening influence of civilization, and mocked the attacks of the invader. Ungovernable and roaming, obeying no law but their spirit of adventure, regarding all mankind as their enemies, whom they must either attack with their spears, or elude with their faithful steeds, and cherishing their deserts as heartily as they despise the constraint of towns and communities: the Bedouins are the outlaws among the nations.

These hateful words commenting on Genesis 16:12 might be passed off as old colonial prejudice, except that such sentiments have continued throughout the decades, and perhaps especially have seen a resurgence in a post 9/11 world. Ishmael is perceived as “Abraham’s mistake,” and whole groups of humans made in the image of God are made to feel unwanted, or even invalid, as a result of such rhetoric.

In Genesis 16, Hagar conceives a child by Abram in an attempt by Abram and Sarai to bypass their infertility and provide an heir to Abram’s name and estate. Hagar then quarrels with Sarai, is mistreated by her, and runs away. An angel appears to this beleagured, foreign, fleeing, pregnant slave woman, and tells her to return to her household, because she is carrying Abram’s son. And though the angel does not say that Ishmael will be Abram’s heir, he does promise that he will be strong and independent. The son of the slave woman will “hold his own,” rather than being subservient to others. He is named Ishmael as a reminder that God is attentive to this utterly marginalised and abused woman, and in response to this hearing, Hagar identifies the place as a place where she has seen God, and been seen by God. He is not only the God of the great and powerful, but also of the lowly.

So Hagar returns, and things appear to be calm with Sarai, until some time later when God’s promise to Abraham and Sarah is realized in the birth of Isaac (Gen 21:8-13). At a feast to celebrate Isaac’s weaning, Sarah becomes angry at some sort of action that Isaac suffers by Ishmael, and demands that Hagar and Ishmael be thrown out. God tells Abraham to do so, but promises to look after Ishmael for Abraham’s sake. This is perhaps the first text in which we see God act as “father to the fatherless” (Psa 68:5) and the one who hears the cry of mistreated widows and orphans (Exod 22:22-23). And he specifically states that he will make Ishmael into a great nation because he’s Abraham’s son, recalling the promise that God had made to Abraham that he would be the progenitor of nations, and an ancestor of kings (Gen 17:6). God’s promises to Abraham both generally in Genesis 17 and specifically here in Genesis 21 are kept immediately, as we see Ishmael nearly die in the desert before God reveals water to Hagar. If Ishmael was truly an irretrievable mistake, God could have let him die. On the contrary, he keep Ishmael alive, and lets him flourish, as the genealogy in Genesis 25:12-17 demonstrates.

All of this should be enough. The witness of Genesis demonstrates God’s very personal care and concern for Ishmael and his descendants. But the book of Ephesians provides a beautiful coda to this story. For throughout the Old Testament, Ishmael and Isaac remain separate peoples and separate nations, who often find themselves in some degree of conflict. But in Ephesians 2, Paul reminds his readers that one of the functions of Jesus’ death was to draw all people together to God. Those who were geographically and culturally and spiritually distant from Israel can come together (Eph 2:12-13). Through broken flesh we see barriers broken (2:14). We can be one people since Jesus death kills hostility (2:15-16). The gospel changes everything. It restores what is broken, brings peace to what is at conflict, and heals long wounds of suspicion and mistrust.

So let us be careful how we speak of our fellow humans. Let us be careful how we use words like “mistake.” Let us be careful not to put ourselves in the place of God, and to decide that there are only certain ways in which it is possible for God to fulfill his promises to Abraham and to the world. And let us celebrate the many and diverse peoples of the world, all of whom may come together through the peacemaking work of our Lord who provides for an end to all hostility.

Ashley Hibbard lives in Canada, and is a research associate with the CSBV and an adjunct lecturer at African Christian College, Eswatini. 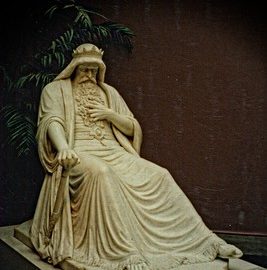 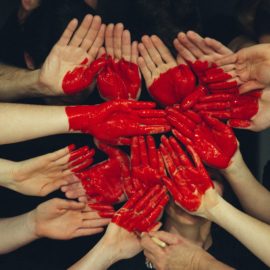 Can the message of God as an avenger comfort us? 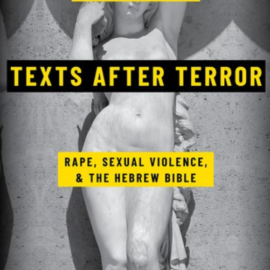