Guest blogger Revd Bruce D. Thompson reflects on church compicity with antisemitism, and the role that the Bible sometimes plays.

I had long suspected it be the case.  The confirmation however, came at a time, and in a way, I least expected; it was at a planning meeting for a Holocaust Awareness Day scheduled for later in the year on church premises.  Most of the organisers drawn together to facilitate the day were from the local church. As we progressed through the practicalities, car parking, welcoming at the door, seating layout, and catering someone asked, ‘What is the session after lunch about?’ Another organiser answered ‘It’s Bruce Thompson; he is speaking on Church Complicity in the Holocaust’. ‘Oh that’s okay, we can do the washing up then.’ I can’t be sure it wasn’t a reflection on my lack of popularity with the person volunteering to do the washing up. Nor can I be sure it wasn’t a dismissal of church complicity in the most chilling chapters in human history.  I had long suspected lack of interest in such a possibility; it was now that my suspicions may well have been confirmed.

It wasn’t until I had been in ministry for 15 years that I heard someone suggest that John’s account of the Gospel could be deemed to be anti-Jewish. It was in a synagogue where a member of that community made the claim. I was shocked, but respected his opinion. When I revisited the twenty-one chapters that make up the account later that weekend, I could see his point. The identification ‘Jews’ is found no less than 71 times whilst only 16 times in the synoptic gospels as a whole. Whilst they may mention Scribes and Pharisees, John’s account makes little distinction between the various sects at the time of Jesus. Jews, according to John, are people of the world, unfaithful to the Torah, and ultimately responsible for the death of Jesus, a charge that has led to anti-Jewish teaching in the Church fostering prejudice, persecution, and pogroms throughout the centuries. There are too many echoes of the medieval past in the beliefs and actions of Nazi ideology and antisemitism today for there not to be a causal link. Some might argue that the only thing that differed from the Shoah (Holocaust) was the scale and methods adopted; much of the killing during the Final Solution actually took place in the same forests and villages as the massacres centuries before.

John’s account of the Gospel was completed after the split between Christians and Jews, and animosity between the two groups was prominent. Each group were vying for the same hearts and minds in their shared world.  Material for the synoptic Gospels had been formed, in the main, at a time when the hostility was not so deep.  Indeed, many believers in Jesus continued with Torah adherence and considered themselves faithful but ‘reformed’ Jews for centuries afterwards around modern day Syria and the Arabian Peninsula. But, in the years following the destruction of the Temple in 70 CE, the differences deepened and after Emperor Constantine declared Christianity the official religion of the Empire in 323 CE, the stage was set in certain quarters for ever-deepening hostility towards Jews and Judaism. Anti-Jewish rhetoric from the Early Church Fathers helped paint the canvas.

Later, Martin Luther, having initially hoped that his new doctrines would attract Jews to Christianity, not least because Rome might be considered a common ‘enemy’ to both the Reformers and Jews, found that there was no mass conversion from Judaism to protestant Christianity.  This led to the scathing and vicious attack in the form of ‘The Jews and their Lies’ (1543):

First, set fire to their synagogues or schools and cover with dirt whatever will not burn,
so that no man will ever again see a stone or cinder of them.
Second, I advise that their houses also be razed and destroyed.
Third that their prayer books and Talmudic writings…be taken from them.
Fourth, that their rabbis be forbidden to teach henceforth on pain of loss of life and limb.
Fifth, that safe conduct on the highways be abolished completely for the Jews.
Sixth, that…all cash and treasure of silver be taken from them.
Seventh, I commend putting a flail, an axe, a hoe, a spade, a distaff, or a spindle into the hands of young, strong Jews and Jewesses and letting them earn their bread in the sweat of their brow.

It is no exaggeration to claim that this document was effectively the blueprint for the Holocaust centuries later. The Nazis came to power in 1933, the 450th anniversary of the birth of Luther. The date was not lost on them. They quickly set about celebrating the event and republished ‘The Jews and their Lies’ a tract that had almost been forgotten over the centuries. The Holocaust was of course a catastrophe for European Jewry, amongst the 6 million murdered, 9 out of 10 Jewish children in Europe perished. In addition, the Holocaust remains a shadow on the Christian Church.  We cannot escape the fact that the perpetrators were in the main, baptised Christians. The late Professor Franklin Littell, Methodist minister and Holocaust academic, rejected from a Nuremburg rally when protesting the teachings of Nazism, suggested that the Church could not fulfil its mission until it repented of its attitude towards Jews[i].

Today, there remains a refusal amongst many to acknowledge that anti-Judaism in the Christian Church helped lay the foundations for contemporary antisemitism and anti-Zionism (each a form of Judeophobia). Each Passiontide some of us still hear thoughtless references to ‘Jews’ and the rejection and crucifixion of Jesus, whilst failing to acknowledge that the first followers of Jesus and the ones who took the message into the wider world were in fact Jews. On Good Friday there remains in many churches insufficient explanation, or better still revision if not refusal to use, the Reproaches that include ‘I delivered you from the hand of Pharaoh, but you delivered me up to be crucified.….I opened the sea to lead you out from slavery, but you opened my side with a spear’. [ii]

Tackling racism, in whatever form, is a vital component of the Christian mission; we would do well to reflect more deeply on the prejudice that has been fostered by complacent teaching, and at times wilfully perpetrated hostility, on Judaism and Jews.

Bruce Thompson is a Methodist minister, currently Chair of the Lincolnshire Methodist District.  Throughout his ministry he has been actively engaged in interfaith matters, especially the relationship between Jews and Christians.  His latest book, Echoes of Contempt, explores the contempt with which the Christian Church has often held against the Jewish communities.  He is also a blogger and broadcaster.

[i] Franklin Littell, The Crucifixion of the Jews, Harper & Row 1975 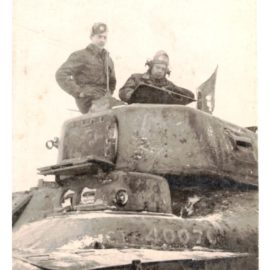 A Prisoner of War Opens The Door 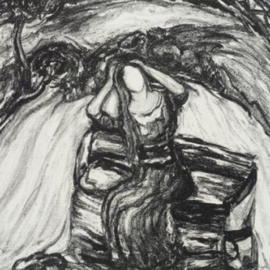 A review of ‘The Rise and Fall of Mars Hill’: On Mark Driscoll, intimidation, and power

5 thoughts on “The Holocaust: Church Complicity and Indifference”