Noll, Mark E. The Civil War as a Theological Crisis (The Steven and Janice Brose Lectures in the Civil War Era).  University of North Carolina Press, 2006.

A time of great crisis. A nation divided against itself. A division which has devout Christian believers on both sides, equally convinced that they hold the moral high ground. No, I’m not writing about present-day America; or the UK; or any one of a dozen other contemporary situations. I’m writing about the American Civil War.

Although it was published in 2006, I’ve only just come across Mark Noll’s book The Civil War as a Theological Crisis, but it could not feel more relevant if it had been specifically written for study in 2020.

The USA of 1860 was a highly religious society; probably around three quarters of Americans participated regularly in church life. Accordingly, many of the arguments around the abolition or continuation of slavery were made in theological terms; so too were the related discourses around race, and America’s role in Providence. A well-respected scholar of American Christianity, Noll works extensively with the primary sources to provide a balanced and utterly fascinating glimpse into the way in which the debates were conducted. Along the way, the reader will find many points of parallel or relevant contrast with our contemporary world.

For many believers of that day, the patency of Scripture and human ability to comprehend it was an implicit assumption. Noll quotes the holiness evangelist Phoebe Palmer,

The Bible is a wonderfully simple book; and if you had taken the naked Word of God as… your counsel, instead of taking the opinions of men in regard to that Word, you might have been a more enlightened, simple, happy and useful Christian.

In such a way, the pro-slavery apologists considered the Bible to be patent on the matter. Canaan was cursed to slavery (Gen 9), God sanctioned the slave-holding of Abraham (Gen 17) and the enslavement of Israel’s enemies (Deut 20); Jesus was silent on the matter; and the apostles urged slaves to be obedient (1 Cor 7, Rom 13, Col 3, 1 Tim 6). “God said it, I believe it”, as the modern bumper stickers assert.

By contrast, many of the robust oppositions to slavery took a more subtle approach to the interpretation of scripture. It was becoming apparent to some that scripture was not wholly ‘self-interpreting’, but could be bent to the assumptions of the reader. In Uncle Tom’s Cabin, Harriet Beecher Stowe portrayed conversations showing the divided witness of scripture on the matter, and has one character muse on the role of self-interest in interpretation.

Suppose that something should bring down the price of cotton once and forever, and make the whole slave property a drug in the market, don’t you think we should have another version of the Scripture doctrine? What a flood of light would pour into the church, all at once, and how immediately it would be discovered that everything in the Bible and reason went the other way!

Moving away from the ‘plain sense’, then, many pro-emancipation arguments – even those that appealed to scripture – made use of ‘common sense’ or the broadly accepted moral framework upon which America was founded.  Other anti-slavery writers made appeal to a broader sweep of divine revelation in scripture, which was not so easily evidenced with proof-texts. In the words of Henry Ward Beecher,

“I came to open the prison-doors,” said Christ; and that is the text out of which men spin cords to bring men, women and children. “I came to carry light to them that are in darkness and deliverance to the oppressed;” and that is the Book from out of which they argue, with amazing ingenuity, all the infernal meshes and snares by which to keep men in bondage. It is pitiful.

Unfortunately, such approaches led the pro-slavery apologists to believe that the other camp had abandoned its commitment to the faithful interpretation of scripture, in accordance with its plain sense.

But the argument was not just about slavery itself. The battle also raged fiercely around questions of race itself. Again, pro-abolitionists and emancipationists showed themselves to be more sophisticated readers of the Bible than their opponents, arguing again and again from context that there were insuperable differences between ancient slavery and the antebellum phenomenon, and therefore, even if scripture did connive at the existence of the institution, no conclusions could be drawn from it to justify black slavery as practiced. Here are two sample quotations, by way of example, from Daniel Coker and John G Fee, respectively.

The Israelites were not sent by a divine mandate, to nations three hundred miles distant, who were neither dying, nor meditating any thing against them, and to who they had no right whatsoever, in order to captivate them by fraud or force, tare [sic] them away from their native country, and all their tender connections; bind them in chains and fetters, croud [sic] into ships, and there murder them by thousands, for want of air and proper exercise; and them doom the survivors and their posterity to bondage and misery forever.

Most [Roman slaves] were as white or whiter than the Romans themselves… [so, if] the apostle’s teaching and practice sanctioned slavery, it sanctioned the slavery of the age – the slavery amongst which the apostles moved. N.B. THIS SLAVERY WAS WHITE SLAVERY… the large portion of those enslaved were as white, and many of them white than their masters.

A third point of contention was around the interpretation of history as divine action, and here the battle lines do not wholly align with the abolition/ pro-slavery debate. For many on both sides, historical events that unfolded were directly attributable to the divine hand.

Among the pro-slavery writers, slavery itself was viewed as providentially ordained.

The truth is, the education of the human race for liberty and virtue, is a vast providential scheme, and God assigns to every man, by a wise and holy decree, the precise place he is to occupy in the great moral school of humanity… For God is in history.

But as we might expect, it was the victors who most clearly saw God at work in the events of the war. Immediately afterwards, John Williamson Nevin reflected on how unexpected the North’s victory was, in the light of better Southern preparedness.

Our national deliverance has been wrought out for us, as a world-historical act, by God himself… God has done great things for us, whereof we are glad; and this, itself, is our best reason for believing that he will do for us, still grater things hereafter. He will not forsake the work of his own hands.

Others viewed the defeat of the South as God’s chastening to improve their moral character.

Yes! The hand of God, gracious though heavy, is upon the South for her discipline.

America’s origins in the puritan flight from European oppression had already caused them to view themselves as God’s particular instrument in the world, having a ‘manifest destiny’. Providential views such as those quoted above only intensified this sense of exceptionalism.

God, I think, has said, by the voice of this event to all nations of the earth, “Republican liberty, based upon true Christianity, is firm as the foundation of the globe”.

But others were more cautious about drawing conclusions concerning God’s hand in events. Even Lincoln expressed doubts, like this diary entry, written during the war itself.

The will of God prevails. In great contests each party claims to act in accordance with the will of God. Both may be, and one must be wrong. God cannot be for and against the same thing at the same time. In the present civil war it is quite possible that God’s purpose is something different from the purpose of either party… By his mere quiet power, on the minds of the now contestants, He could have either saved or destroyed the Union without a human contest. Yet the contest began. And having begun He could give the final victory to either side any day. Yet the contest proceeds.

And so, as I come towards the end of this excellent book, I am left musing on certain questions, because the past seems to press heavily upon the present. 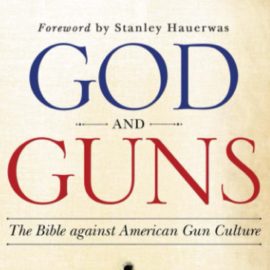 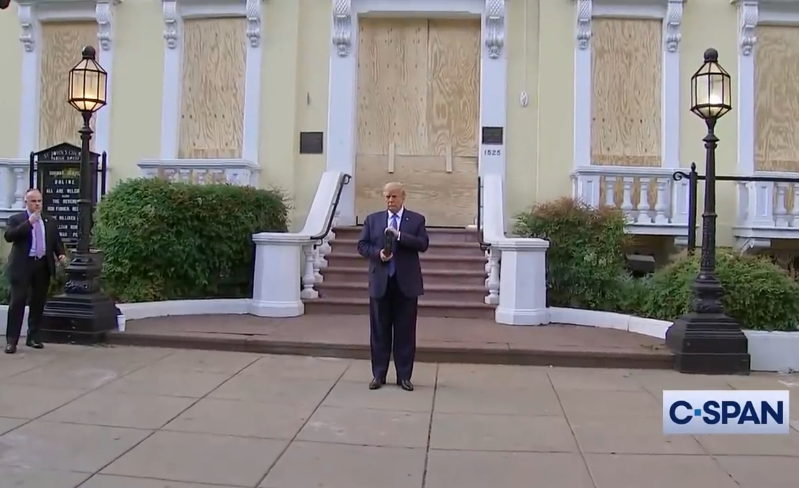 Will America Resemble what it Reveres? The Debate About Celebrating and Confronting History 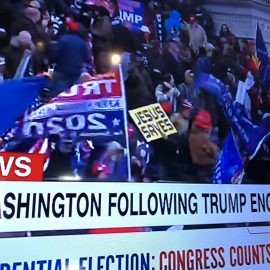