Edgar Allen Poe once, famously, wrote that ‘the death of a beautiful woman is, unquestionably, the most poetical topic in the world.’ These words hint at the dark side of his character, a man who wrote disturbingly sinister novels, and married his 13 year-old cousin. Unfortunately, as the sales of sensational crime literature and tabloid newspapers annually testify, (some) people like to read – and write – about violence towards others.

In a piece written for the New York Times, South African novelist J. M. Coetzee describes his ethical struggle with whether, and how, to portray torture and violence in pursuit of novelistic truth-telling. Between the two options of horrified fascination or discomfited aversion of the gaze, he suggests there lies a third, which could be enabled by the restoration of true humanity across all of society. In this alternative, the gaze of the author can be turned to scenes of torture as the scrutiny of authority and moral judgment.

Coetzee’s conclusion has a distinct flavour of utopianism about it, which is ironical, for in a true utopia such events would never happen. Nonetheless, his point is well made:  that done well, the recounting of violence can be an act of truth-telling. It might even be redemptive – we will consider shortly the importance of story and memory in society. But it can also be voyeuristic. How can we ensure that we do not engage in voyeurism as we read Old Testament texts of violence?

Old Testament narrative is generally quite bare in its accounts of violence. As Meir Sternberg says, ‘biblical narratives are notorious for their sparsity of detail.’  In general in biblical narrative, there is a matter-of-factness about the descriptions, which is quite unlike the florid language found in the prophets.

Compare, for example, the rape of the Levite’s concubine in Judges 19 with the (metaphorical) rape of (metaphorical) Woman Jerusalem in Lamentations 1:

So the man seized his concubine, and put her out to them. They wantonly raped her, and abused her all through the night until the morning. And as the dawn began to break, they let her go. As morning appeared, the woman came and fell down at the door of the man’s house where her master was, until it was light

Lamentations 1:8-10
Jerusalem sinned grievously,
so she has become a mockery;
all who honored her despise her,
for they have seen her nakedness;
she herself groans,
and turns her face away.
Her uncleanness was in her skirts;
she took no thought of her future;
her downfall was appalling,
with none to comfort her.
“O Lord, look at my affliction,
for the enemy has triumphed!”
Enemies have stretched out their hands
over all her precious things;
she has even seen the nations
invade her sanctuary,
those whom you forbade
to enter your congregation.

With sensitivity – tenderness, even – the narrator of Judges has drawn a veil over the woman’s suffering. It is enough to tell us that she endured it without lingering over the details.

An ethical reading of these texts will take its cue from the narrator’s discreet distance. While we are invited, as Sternberg argues, to fill in the gaps of biblical narrative as part of the interpretive process, it is not necessary to dramatise them (literally or figuratively) in bloody technicolour. The gap-filling process to which Sternberg refers is about motivations, unexpected omissions, and characterisation: literary devices which serve the theological purpose of the text. It is not about the satisfaction of prurience.

The reader might be wondering what churches I have attended, given my apparent need to assert that the fetishisation of Old Testament texts of violence is unacceptable. But a brief perusal of the resources aimed at children in an average Christian bookshop is enough to make the hairs on the back of one’s neck stand up.

Like many of us, I was brought up with illustrated children’s Bibles, exciting retellings of the more colourful stories from both Testaments. And I, like many, did not stop to consider the consequences of the actions of Joshua, Gideon or David upon Israel’s enemies. I ought to have done. But rather, the book encouraged the seven-year-old me to regard these highly flawed characters as God’s unambiguous heroes, even while they murder men to get a bride (David) or ‘kill more people in death than in life’ (Samson). I am now by no means convinced that the Bible is encouraging us to take such a positive view of these characters.

In his powerful and prescient book Amusing Ourselves to Death, Neil Postman argued that certain communicative media (he was mainly speaking about television) are inherently unfitted for the thoughtful, sensitive, ethical discussion of serious matters. Of the ‘Now… this’ format of magazine news programmes, he wrote:

We are presented not only with fragmented news, but news without context, without consequences, without value, and therefore without essential seriousness: that is to say, news as pure entertainment.

It seems to me that there is wisdom in this argument that applies beyond the intended critique of television alone. It concerns the trivialisation of the deadly serious, and the extraction of a pericope from its greater theological narrative. For example: an on-line search found a so-called ‘christgame’ for children, loosely based on the story of Gideon, which encourages them to mobilise their (virtual) soldiers to slay the (virtual) men of Midian. Wholesale slaughter should not be a source of amusement; it should not be a source of glee. And there is scientific evidence that immersion in texts where God sanctions killing increases aggression. This study was performed upon adults; it seems likely that the effect would be more marked in children.

Anne Fuchs warns about the commodification of the Holocaust, describing a situation chillingly similar to the London Dungeon. Describing a visit to Auschwitz, she describes the tour guide’s words, and reflects upon them.

Adopting a pious tone, the travel guide summarized the experience and finished by saying she hoped everyone had had an enjoyable trip. Auschwitz as an “enjoyable trip” – a well-intentioned educational outing ends on a note that evokes the discourse of the travel and entertainment industry.  What may seem like a brief lapse on the travel guide’s part is in fact far more than a simple error in register: it epitomizes the pitfalls of a didacticized memory culture that can be neatly summed up as a memorable day. The concept of the day trip inevitably invokes the pedagogic notion of a school field trip from which everyone is supposed to return full of new and exciting experiences. This field trip-concept combined with organized piety fetishizes remembrance to such an extent that the very thing one set out to discover is negated.

Am I advocating a censorship of certain Old Testament stories in our churches? By no means: biblical literacy should surely always be promoted. But I would suggest that it is both irresponsible and unethical not to give careful attention to how these stories are retold, by whom they are heard, and in what context they are framed.

This is an adapted excerpt from Helen Paynter Dead and Buried? Attending to the voices of the victim in the Old Testament and today: Towards an ethical reading of the Old Testament texts of violence Regents Park, 2019. It can be found here.

Paying Attention to How We Read
Tagged on: biblical violence    edgar allen poe    how to read well    Old Testament    reading 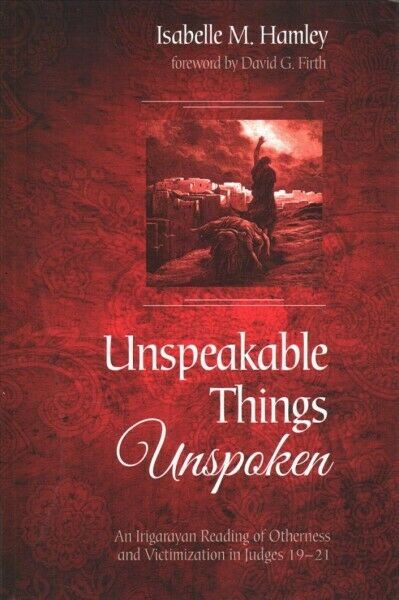 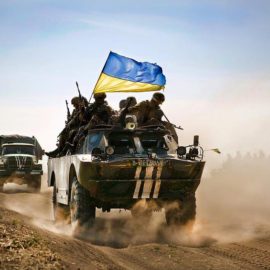 Hopelessness in the Wilderness of War 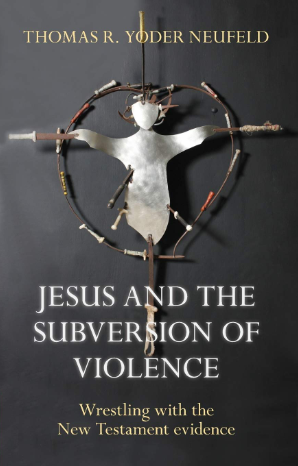 Jesus and the Subversion of Violence: wrestling with the New Testament evidence